What Are the Most Commonly Broken Bones in a Car Accident? 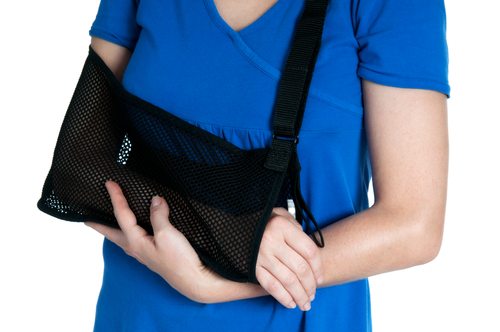 Broken bones are a frequently seen type of injury arising from a car accident. A bone can break from the force of even a minor collision occurring at low speeds. Here’s what you need to know about the most commonly broken bones in a car crash and how to find out if you’re eligible to collect financial compensation from a negligent driver if you or a loved one suffered broken bones after a collision.

People often lift their hands and arms to their faces in an effort to protect themselves. This exposes the arms to the force of the crash, often causing them to become broken or crushed.

Legs are vulnerable in car accidents simply because of their location. When the front of the car collapses in on itself during the crash, this can cause the shins and knees to break. In some cases, the force of the crash will be so massive that the femurs (thigh bones) can be broken as well.

Even in minor crashes, the nose can break simply due to the force of the airbag when it is released. An airbag is released from the steering wheel or the dashboard on the passenger side at a whopping 200 mph! It quickly deflates once deployed, however, the initial impact can easily break the delicate nasal bones.

Feet may be in more danger from a car accident than even the legs because their location is similar and arguably the closest part of the body to a front end collision. The feet can become trapped in crushed metal and the small bones of the feet are easily fractured or splintered.

Like the nose, the jaw may also be broken by the impact of the airbag. The force of the collision may also cause the jaw and other facial bones to break, especially in cases of vehicle rollover where the roof collapses into the cab of the car.

At the Slonaker Law Firm, we understand how challenging recovering from broken bones can be. In fact, they can hinder your ability to complete daily tasks and could even cause you to suffer chronic pain or become permanently disabled. We can help you obtain the fair compensation you deserve for car accident injuries. Call our office today for more information at 352.629.6656 or 352.777.8176.