Why Are Cell Phones the Worst Distraction for Drivers? 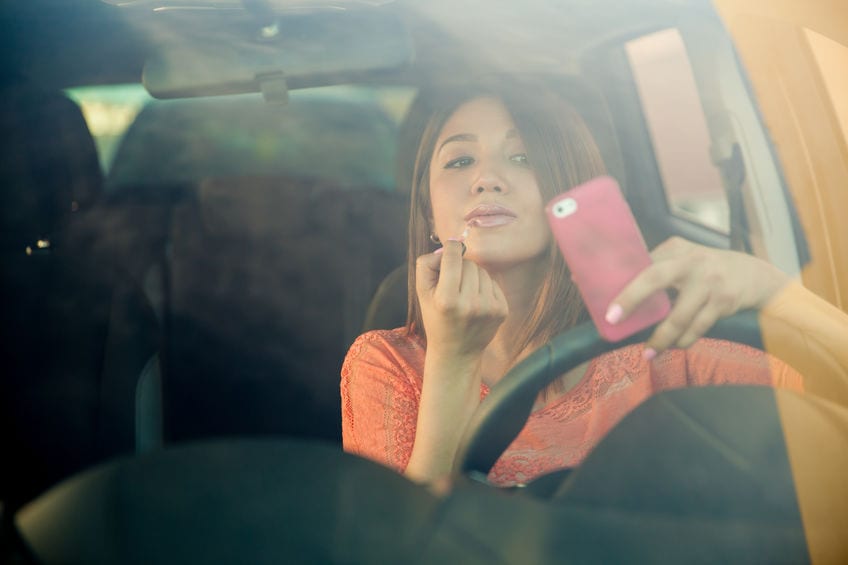 Anything that takes one or both of your hands off the wheel and your attention off the road is considered distracted driving. However, cell phones and other handheld devices have been the target of distracted driving laws in Florida and across the country. What makes cell phones the worst distraction for drivers? What can you do if you were injured in a motor vehicle accident caused by someone using a cell phone while driving?

Cell phones and handheld devices like a GPS require you to engage visually with the screen. Because there is a lot of information there for your eyes and brain to process, you often spend longer taking your eyes off the road to look at the screen than you think.

Other types of visual engagement that can be distracting, like turning to look at a friend in the passenger seat, is less likely to require as much processing time and you can quickly put your attention back on driving.

Cell phones also require you to engage manually to scroll and press buttons. It takes a great deal of concentration to engage with a phone manually, text using small keys, and click on links, which means driving is getting very little of your attention.

Eating is another type of manual distraction from driving, however, it usually doesn’t require as much concentration as operating a cell phone does. For example, eating a burrito while driving down the road takes much less brainpower than texting a sentence.

To operate a cell phone, you must also engage cognitively, or understand the meaning of what you are seeing. Often, this can be very complex since cell phones have as much functionality as a computer. You can read documents, send emails, use social media, watch videos, and more. When your attention is directed towards complex brain processes, it’s easy to make mistakes when driving.

Another type of cognitive distraction is talking to a friend in the backseat. You have to think about what they’re saying and what you will say in response, but it’s less distracting than a cell phone because it’s much simpler than comprehending what is on the screen of a small computer.

Cell phones require all three types of engagement, which makes them very dangerous behind the wheel. If you were injured in an accident caused by someone driving and using a cell phone or other handheld device, contact Slonaker Personal Injury Lawyer today by calling (352) 629-6656.